A Different Way Of Thinking

An article by Ant Smoothey

Fig 1 – I’m pretty certain a picture of my brain would look at least this goofy!

The revelation for me was discovering that there are others whose brains are the same. Whilst researching reasons that people procrastinate, one of the reasons that cropped up was ADHD. My image of people with ADHD was the classic (but quite incorrect) space cadet or dreamer. The moment of revelation came when I learned about something called Hyper-focus, which can form part of ADHD. People who know me regularly get to see me tackle a task so single-mindedly and do something which others might have deemed impossible to achieve in a short timescale. 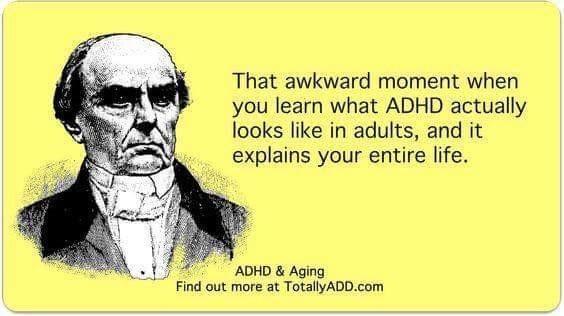 Fig 1.5 – I was actually pretty angry with myself for not realising…

I have ADHD and it’s my superpower. 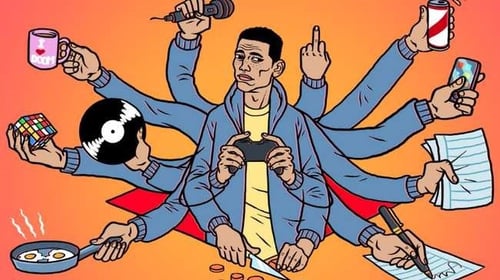 Fig 2 – He should be wearing an apron when preparing food…

I have ADHD and it’s my curse. 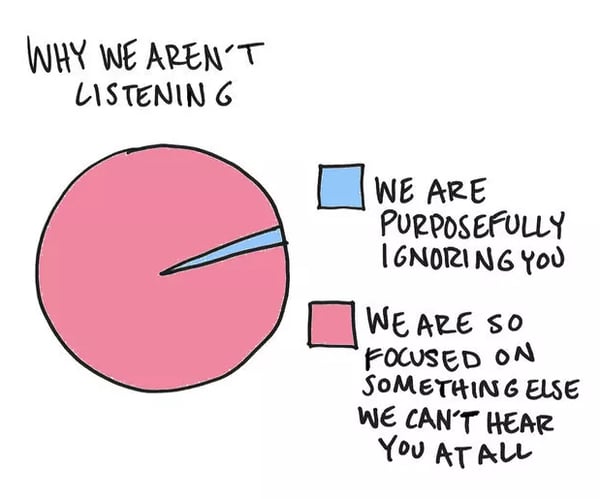 Fig III – Or I could be multitasking…

Give me something challenging and exciting I can smash it, I’m buzzing, I’m engaged.

Give me something mundane and I’m fighting myself every step of the way to get it done (that reminds me, I probably should do my expenses at some point!)

There is also something that can look very similar to Hyper-focus (but has a much less sexy name!) called Monotropism. This is where a person has a restricted set of interests which they devote a disproportionate amount of time to. This resonates with me also, as a child my first nickname was “The Lego King”, until age six when I discovered computers…

Monotropism is associated with Autism, also known as Autism Spectrum Disorder (ASD) or until relatively recently in its milder forms, Asperger’s Syndrome. There is a good chance, as part of my formal ADHD diagnosis, that I will also be diagnosed as Autistic.

There is a collective term for both conditions: Neurodiversity. There is a school of thought that there are many interrelated conditions that comprise Neurodiversity and it’s not uncommon to see a diagram a bit like this (I’ve put my own spin on it!): 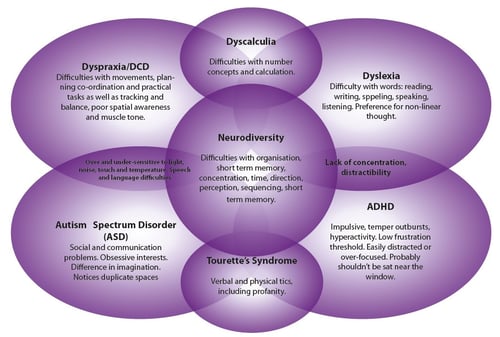 Fig 7 – The Neurodiversity butterfly (with apologies to Mary Colley)

I’m not going to sugar coat it, for some people it can be really bad. Compared to some people I have met I consider myself extremely lucky. Trigger Warning! I can’t watch this video without crying every time!

What I call the neuro-diversity butterfly is already focused on a lot of the bad stuff and shows some of the overlaps, but there are some additional facts that make for sobering reading.

People with ADHD tend to blurt things out and interrupt and people with ASD can sometimes speak inappropriately and have additional difficulties communicating. People with either condition spend a lot of time in their own head.

There are a lot of people who get diagnosed for mental health conditions where the root cause is actually one of the forms of neurodiversity (especially ASD and ADHD) meaning that their treatment/management plans may not be optimal.

You can redraw the neurodiversity butterfly showing some of the potential advantages, and in fact some of the most successful people are neurodiverse (or are considered to be by experts). They span a broad range of fields, just a few examples: 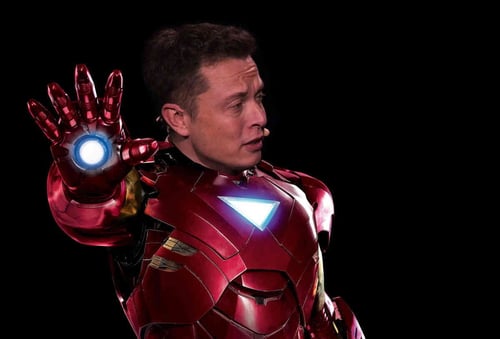 Us ADHDers tend to have a great sense of humour (we need it to survive) – it’s no accident that many comedians are known to have ADHD. People with ASD tend to score higher on intelligence tests, are extremely loyal, honest and are diligent hard workers.

The reality is the medical view of Neurodiversity is evolving, it used to be thought that someone couldn’t have ASD and ADHD, but this position is changing. When I was at school, awareness of dyslexia was there but ADD (as ADHD was then known) was very patchy. That combined with me being bright enough to coast my exams meant that I was never diagnosed as a child, which is common for people of my age.

Neurodiversity isn’t something that just exists in our thoughts, there are actual structural and chemical differences in the way my brain operates to a neurotypical. There is strong evidence for a hereditary component to both conditions (my immediate family alone covers a large spread of Neurodiverse and corelated conditions).

This means that some of the downsides that come with Neurodiversity do actually benefit from formal treatment, both psychological and pharmaceutical. Common treatments for ASD and ADHD include Cognitive Behavioural Therapy (CBT) and medication, in the case of medications they are treating abnormalities with chemicals in the brain (dopamine and serotonin abnormalities are associated with both ADHD and ASD).

CBT will include a lot of practical advice about dealing with our limitations but often the Neurodiverse (especially us undiagnosed) have developed coping strategies (ask some of my colleagues about the times I’ve organised search parties to find where I’ve parked my car!)

There is no cure and medication doesn’t always make people’s conditions better, many make a choice to manage without medication because it can dull some of the characteristics that can be an advantage.

It is clear to me that at ANS we have more than our fair share of Neurodiverse (NDs) as well as plenty of Neurotypicals (NTs) and we are a better company for it.

Neurodiversity hasn’t prevented them being successful and in my own case at ANS, I think I’d be much less successful than I am now without being Neurodiverse.

The thing that keeps me at ANS (I’m counting the months to my 10 year watch right now) is this variety – I love different things (it’s a common trait for ADHD!). There are common themes in ‘ADHD friendly’ careers and both IT and sales are right up there. It is also unsurprising to me that computer programming and software is in the top five careers for ASD individuals. It’s no co-incidence that IT companies are leading the charge with explicit programs targeting Neurodiversity. 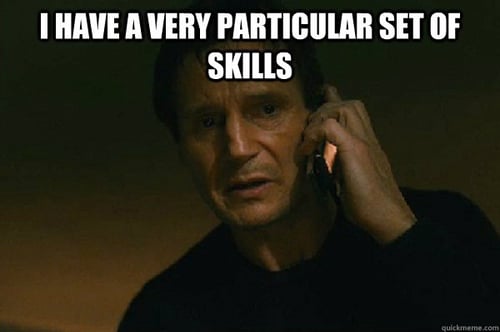 Fig 9 – No-one messes with the Neeson

You can’t tell someone is Neurodiverse by looking at them and many of us have become adept at hiding some of our obvious traits. To use myself as an example, I am front and centre with customers, so I need people to be able to be comfortable around me to do my job. This is called masking, it takes conscious effort so can be very draining.

I could write a book on it, but if anyone wants to know more just ask me (I recommend taking a look at some of the references I’ve linked too). The important thing is not to feel isolated if you feel different from some of your peers.

If you want an answer to that it is best to seek specialist advice, my first step was to reach out to an ADHD group before going via my GP (I had to teach her about ADHD in adults!). There are also several good self-assessment questionnaires which are not conclusive, but can be good to start a conversation with your GP if you wish to get diagnosed (fair warning it can be a long road!)

For me being Neurodiverse isn’t a problem I want to cure, but when my formal diagnosis comes it will help me not to feel like an outsider and is a club that I think I can truly belong to.

I think of the Neurodiverse as my tribe which I’m proud to be a member of, and I’m pretty certain that there are some other tribe members in ANS too. 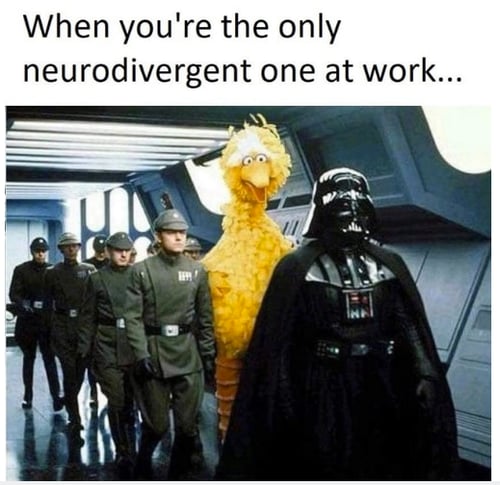 Fig Z – ANS have a flock and no Vadar!

I probably spend too much time on the internet…

‘Unofficial’ ADHD test (I used this to explain to my friends and family – funny but long!) https://totallyadd.com/blog/our-unofficial-adhd-test-video/

Things not to say to an autistic person https://www.youtube.com/watch?v=d69tTXOvRq4

I think TED talks should be an addiction category…

How Autism freed me to be myself https://www.ted.com/talks/rosie_king_how_autism_freed_me_to_be_myself?language=en

ADHD as a difference in cognition https://www.youtube.com/watch?v=uU6o2_UFSEY

Neurodiversity – the key that unlocked my world https://www.youtube.com/watch?v=Qvvrme5WIwA

We have Youtubers too…

Nice guidelines for ADHD (you need to meet this if you want to get a formal diagnosis) https://www.nice.org.uk/guidance/conditions-and-diseases/mental-health-and-behavioural-conditions/attention-deficit-disorder

Nice guidelines for ASD (you need to meet this if you want to get a formal diagnosis) https://www.nice.org.uk/guidance/cg142

Asperger’s (ASD) Test https://aspergerstest.net/aq-test/ (may only work in Internet Explorer)

ADHD is different for women https://www.theatlantic.com/health/archive/2013/04/adhd-is-different-for-women/381158/

History of ADHD diagnosis in the UK    http://www.lanc.org.uk/about-us-adhd-asd-assessment/our-history/

admin, Dave, David, planetdave, le grande fromage (LGF) - it's all me. I was diagnosed with ADHD in 2006 and usually take medication. My path to diagnosis was so painful that I swore I'd do whatever I could to make things better for other ADHDers.
View all posts by admin →
This entry was posted in Interesting links. Bookmark the permalink.